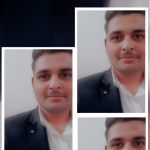 As we know, we are living in the era of technology. The world moving towards the online system. Because of this, for many people around the world, Mobile phones have become a necessity. Modern mobile phones can do more than just make and receive phone calls, they can also store data, take photos, and operate many apps. Mobile companies in Pakistan.

The smartphone market is growing rapidly, and a range of mobile manufacturing companies are launching devices with impressive features at an affordable price. It is very important to know about the best mobile companies in Pakistan.

The latest apple mobiles phones are.

Xiaomi owns the Redmi brand, which is a sub-brand of the Chinese electronics group. The first Redmi handset, the Redmi 1, was released in 2013 and was first available for purchase on Xiaomi’s website on July 12, 2013.

The most important thing about this brand is that they provide a lot of specification at a very low price. Some important are camera, battery, and display size etc.

The latest Redmi mobiles phones are.

Huawei is a Chinese high-tech private multinational company. It was established in 1987 by Ren Zhengfei. The C300 is Huawei’s first phone released on market. The honor mobile phone is a very popular series of Hawaii.

Infinix is a very emerging mobile Company in Pakistan. Infinix Mobile is a smartphone manufacturer based in Hong Kong that was established in 2013. After Sagem Wireless, a French cell phone maker was purchased in 2011, the brand was born.

The latest infinix mobiles are,

Samsung is a South Korean multinational company. It was founded in 1969 by Lee Byung. When it comes to Android smartphones, it brought Samsung to the forefront of people’s minds. The series Samsung Galaxy is the most important series.

The latest Samsung mobiles are,

OPPO is a consumer electronics and mobile communication firm based in China. It was established in 2001 and began operations in 2004.

The latest Oppo mobiles are,

Realme is a chines company. It is a sub brand of Oppo. Sky Li is the company’s founder. He was Oppo’s former vice president. On the 4th of May 2018, he established the company. Their first phone, the Realme 1, was released in May 2018.

The latest Realme mobiles are,

Vivo is a Chinese company that was established in 2009. It is registered with BBK Electronic. Firstly, its product was only in china. After some years, the company extended its reach to Asia.

The latest Vivo mobiles are,

The latest Nokia mobiles are,

In Pakistan, QMobile is the most popular mobile phone brand, selling up to one million phones a month.

Customers are drawn to their mobile phones because of its high quality and dependability.

The latest QMobile are,

HTC is a Chinese company. Its headquarter is in New Taipei city. It is organized on 15 May 1997 by the Telecommunications equipment industry. First, this company made windows mobile.

The latest HTC mobiles are,

By Mehboob Ur Rehman

How Artificial Intelligence Will Transform Technology Landscape in 2023

2 thought on “Mobiles Companies in Pakistan – A Brief Overview”