Best IT Universities in Pakistan in 2021 HEC Ranking 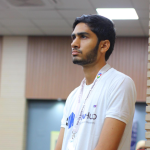 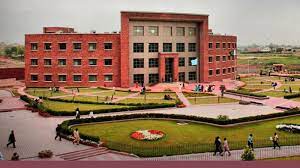 Have you completed your FSC or ICS and are you looking for the best IT Universities in Pakistan for your bright future?

We are here with top IT universities for doing bachelors in the field of Computer Science or IT. Currently these are working in Pakistan and they are recognized by HEC /NCEAC.

Computer Science or IT has a bright future. Information Technology or Computer Science is considered the most popular and in-demand field in the world now and in the future. They cover both software and hardware.

Algorithms and programming are the basic and main fundamentals and they are complicated as well. If you choose a best institution for this degree then you have no worries.

You can find lots of universities, even colleges, offering Bachelors in Computer Science and IT. But have you ever thought which one is best? So we provide a List of top best IT Universities in Pakistan. We hope this will help you to find the best one for you.

CIIT is an international organization. COMSATS full form is Commision of Science and Technology for Sustainable Development. COMSATS established CUI (COMSATS University Islamabad) in 1998.CUI falls in top 3 Best IT Universities in Pakistan.

According to HEC it falls in No 1 University in the category Computer Sciences & IT.CUI has 7 campuses physically and 1 virtually. They are in Lahore, Islamabad, Sahiwal, Vehari, Wah, Attock, Abbottabad.They are offering many Undergraduate programs. University fee is 96000 per semester. CUI is a semi-Government Institution. Visit.

According to HEC, In Pakistan CUI is at number 1 among all the universities in the Computer Science & IT category.

Its rank was 2nd among all universities of Pakistan.

National University of Computer and Emerging Science is the 2nd well known institution in Pakistan contributing in the Computer Science & IT field. In July 2000, it was founded as Federally Chartered University. FAST is 2nd Best IT Universities in Pakistan.

This university has a total five campuses and all are physically located in Karachi, Faisalabad-Chiniot, Lahore, Islamabad and Peshawar.

Lahore Campus and Islamabad Campus are considered best campuses but all campuses are well. Fee range is 7500 to 8500 per credit hours and total 8 semesters took about 130 credits hours.

FAST University is ranked 2nd in IT.

NUST was established in 1999. NUST is a well reputed university of Pakistan and it provides education in the field of engineering and Information technology. More challenging is to get admission in this institution.

According to QS ranking factors, NUST ranked is 76 in Asia and in the world it’s ranked 355 among all institutions.Islamabad, Rawalpindi, Risalpur,Karachi and Quetta are its campuses. But main campus is best which is in Islamabad.

PU(Punjab University) Lahore is the biggest university in Punjab. It covers almost all educational departments. PUCIT is the one department of education of PU. This was established in 1999.

PUCIT is a government sector educational institute. This institute falls under the top 10 best institutes in IT. Fee is around 30000.

But due to its high merit every year if you have more than 90% in all previous education then there will be any chance to get admission in PUCIT. There are other campuses like gujranwala but lahore campus is the best one.

ITU is a recognized university according to HEC. This was established in 2012. This is an IT based university and it is led by Umar Saif the dean & chairman of IT Board of Punjab.

As this was established a few years ago most of the people unaware of it but it is working hard and it will rank in the future as well. This is the emerging university in the field of IT.ITU is located in Lahore.

What Is Affiliate Marketing in Pakistan and how to get started?

How to recognize colors – tips for teaching color recognition to children